An important health care centre in ancient times Asclepion situated to the southwest of Pergamon, the Acropolis located in the first settlement on a steep hill at a height of 300 m.

The Asklepion is an ancient medical complex built in 4th century BC, in honour of the god of healing; Asklepios.

lso known as the first psychiatric hospital the Asklepion became famous during the 2nd century AD. In the Asklepion, patients used to be treated by varius cures such as spring water cures, spa, mud bathing and sporting activities.

The Asklepion built in honour of Asklepios. Legend has it that Coronis, the daughter of the King of Thesselia, fell in love with a man when she was carrying the God Apollo’s child. Learning of this, Apollo punished Coronis by burning her to death. However, before doing so, he saved the child in her womb, who was later to be named Asclepius. 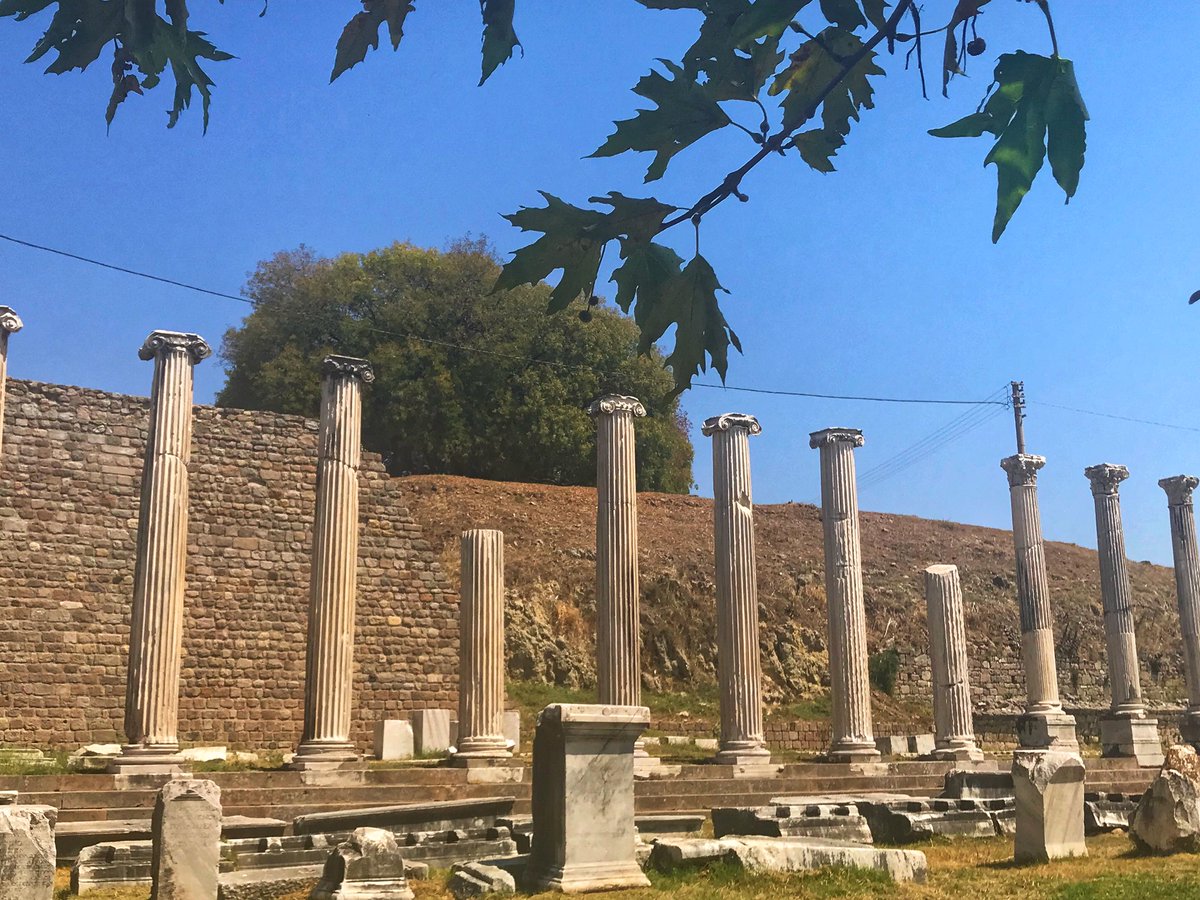 The child was put into the custody of Horse Man Kherion, so he could raise the child. Kherion made his living using healing waters and herbs, and as he raised Asclepius he taught him the science of medicine. However, the chief God Zeus was upset by Asclepius’ ability to bring the dead back to life and as a punishment; he killed Asclepius by casting lightning upon him. Deeply saddened, Apollo took his son Asclepius up into the sky, placing him among the zodiacs.

The snake, which is currently used as the symbol of health and medicine, is one of the symbols of Asclepion. Asclepius is depicted as a bearded man wearing sandals on his feet. He is holding a sceptre with a snake wound around it.

Among the historical buildings of the Asclepion temples dedicated to the health god Asclepius can be found. The site is one of the most famous healthcare centres discovered, and indeed is a fascinating place for people to visit.

Historical sources define the health care centre built by Arkias, the son of Aristohminos from Pergamon, in the 4th century B.C. as, “the location where death is prohibited and wills are never opened up”. Treatment methods that are
employed in modern times included such practises as; the use of healing waters, mud baths, sports, theatre and psychotherapy, and these were carried out in the centre accessed by a columned street.

Built approximately in the year 150, and built from donations received, situated immediately to the left was the Temple of Asclepion. Here treatment using water sounds was employed, as it was suggested that this was beneficial to patients’ recovery.

It is said that the first temple to become Pergamon’s Asclepion, was built on a rocky site near a sacred fountain, in the Ayvazali location. Sources say that the Asclepion reached a considerable state of development and the city was decorated with marble buildings in the Period of Pergamon Kingdom (280 – 133 B.C.).

Suffering a number of wars and devastation in the subsequent periods, the historical centre was rebuilt and expanded, along with Pergamon between 183 – 173 B.C. In that period, there was an Ionian style marble temple rising on the rocks, treatment halls, stone fountains, and a pool was in the process of being built to supply sacred water to the public.

However, in 156 B.C., the King Bithynia looted Asclepion, taking with him to his country all the valuable statues and works of art. This included the Statue of Asclepius.

In the period of the Pergamon King Attalos III, the Asclepion Health Centre was called “The Royal Sacred Place”. A statue of the king was placed next to the statue of the god, and animals were slaughtered and given as sacrifices to him.

Asclepion regained its importance in the second half of the first century B.C., with corridors, pools and treatment areas being supplemented between 138 and 161 B.C. The Orator Aristides, a major source for historians, arrived in Pergamon in the 2nd century, and is quoted as saying about the Asclepion: “I owe my health entirely to you, Asclepius and I am tied to you by a mysterious love.”

A colossal earthquake in the 3rd century devastated the buildings. The Temple of Asclepion was used as a church following the spread of Christianity.