The name of this city is written in Lycian inscriptions and coins as Habesos. It is one of the member cities of the Lycian League. It is known that this city is the port of Phellos city to its north and has been living since the 6th century BC.  That’s why it’ss name is Antiphellos, which means “in front of Phellos.”

You can sea the location of this antic city, in the map belove.

This ancient city is located partly under the present city and partly on the peninsula in the east-west direction. There is not a visible structure that can be reached from Antiphellos to the present, except the Amphitheater.

Where the walls approach the harbor, today is a converted church and (on hthe southwest of this church)  ruins of the temple are located.

The best preserved parts of the city are the ancient amphytheater and the graves. The theater, which overlooks the sea at the height of the peninsula and has beautiful stone workmanship, has typical Hellenistic theater features. There is no stage part of the theater. 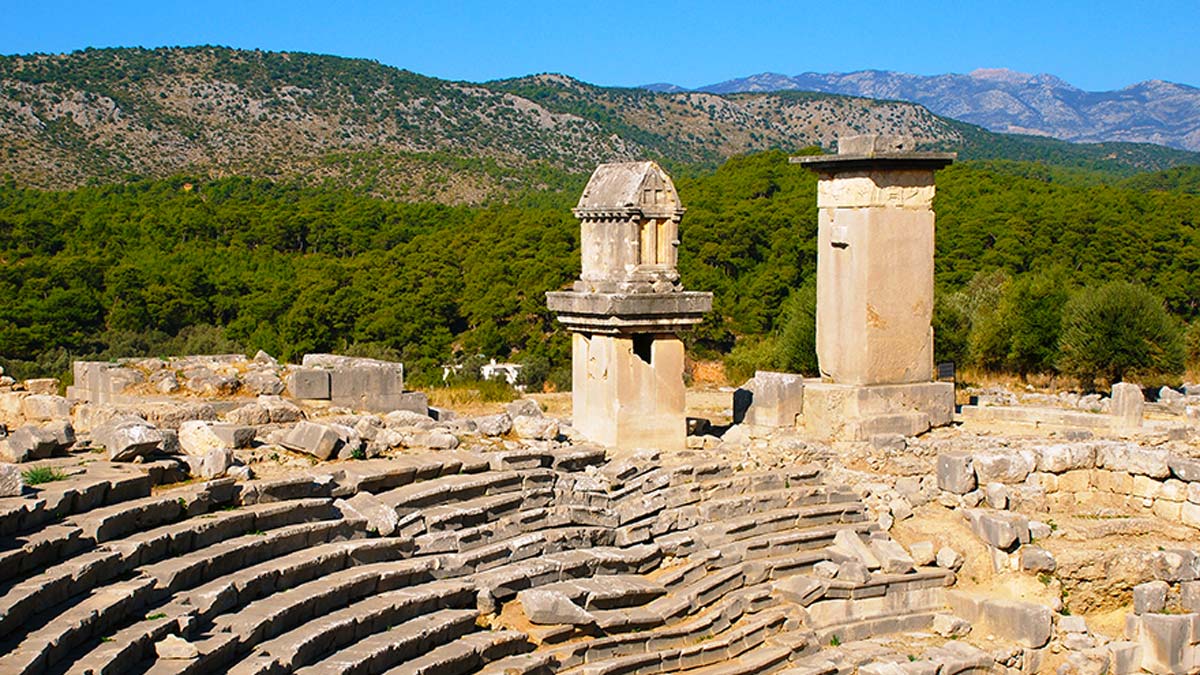 You will find Kaş and Meis Island with its unique view when you reach the top seating area of the theater.

In the northeast of the theater, there is a burial chamber with 24 female reliefs carved into the rock.

The tombs carved into the rock behind the city form beautiful examples of Lycian rock tombs with their workmanship and inscriptions.

Visiting Hours: There is no day and time restriction, can be visited every day.