Claros, one of the twelve Ionic cities, is a city that served as a prophecy center from foundation until its abandonment. It’s called Sanctuary of Apollo Claros and Turkey’s first ArchaeoPark.

According to legend, Alexander the Great conquered Smyrna and then fell asleep on Pagos Hill (Kadifekale). In his dream, the gods of Nemesis told Alexander the Great to establish a city where he slept. Thereupon, Alexander applied to Klaros for the interpretation of his dream. This shows the importance of the city in terms of prophecy.

Oracle of Apollo, known locally as Apollo Clarius, had the significance similar to the ones in Delphi and Didyma during the ancient period. 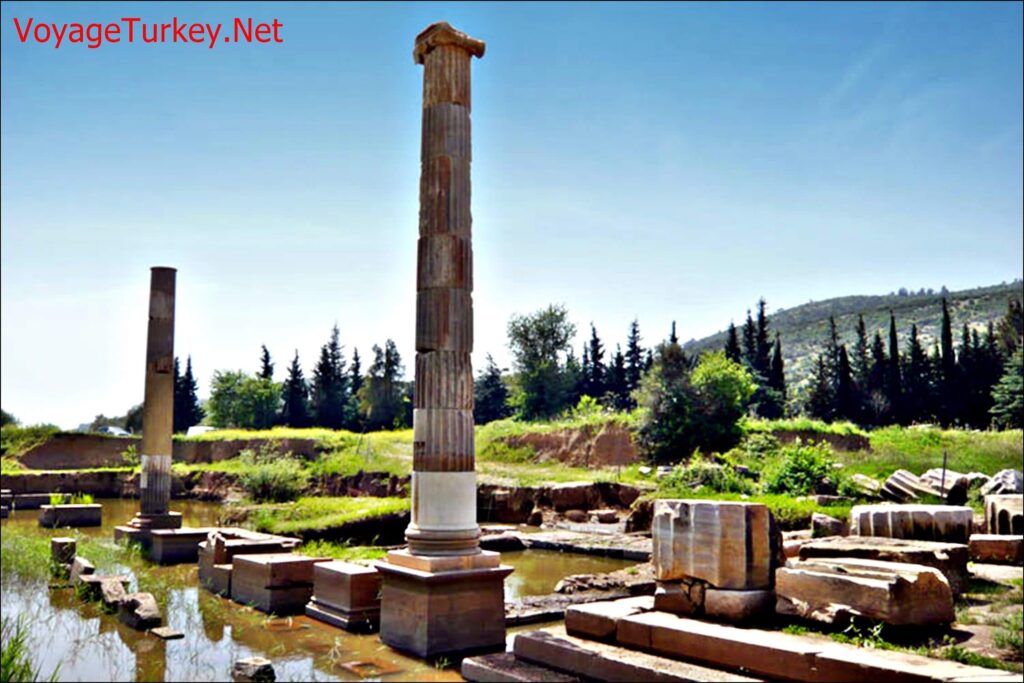 This sacred area is a place where many animals are sacrificed at the same time for the Apollo. The hekatomb found in the Sanctuary of Claros is one of the first archaeological evidence of this animal ritual.

Claros has never been an independent city in its history, it has developed continuously under Colophon and has continued to exist in this way.

It is believed that the inhabitants of Colophon built this city as a temple site for Apollo, in the 7th to 6th centuries B.C.  The temple began to be built at the beginning of the 3rd century BC. At the end of the 2nd century BC it was known that the crepe, pronaos, naos and monumental cult sculptures of the temple were completed. 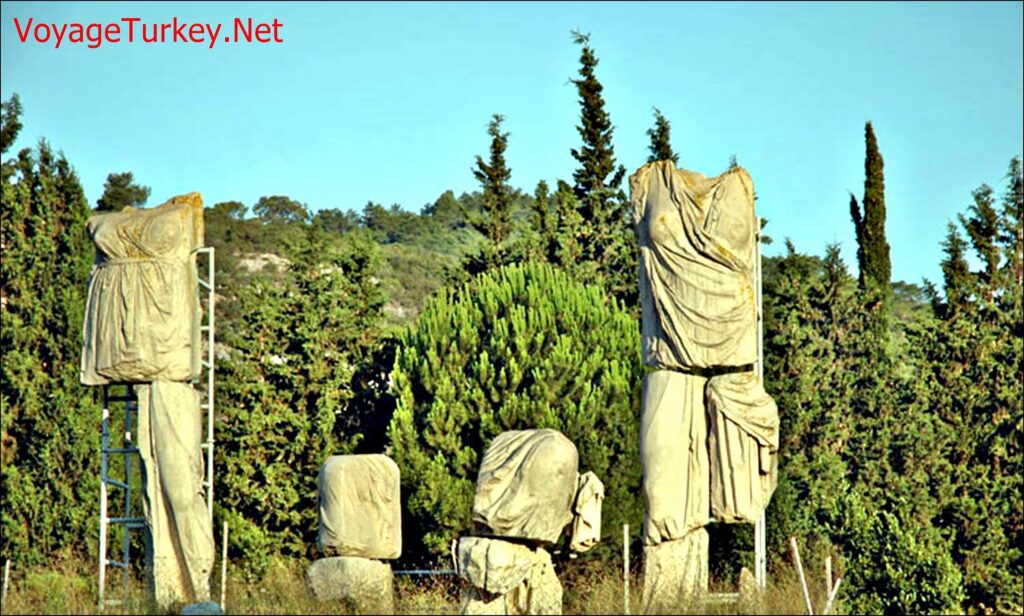 Claros was an Ionian city.

Klaros is located 13 kilometers south of ancient city of Kolophon and 2 kilometres north of Notion and 18 km west of Ephesus. It is located in Özdere Town of Menderes District in Izmir Province.

Excavation of these ruins is in progress by the Aegean University.

In this sacred area (temenos) there is the Temple of Apollo. This temple is the only building that built in in the Doric style in Ionia with 6x columns. In addition, the Sanctuary of Claros is one of the rare sanctuaries of the monumental Apollon, Artemis and Leto statues. 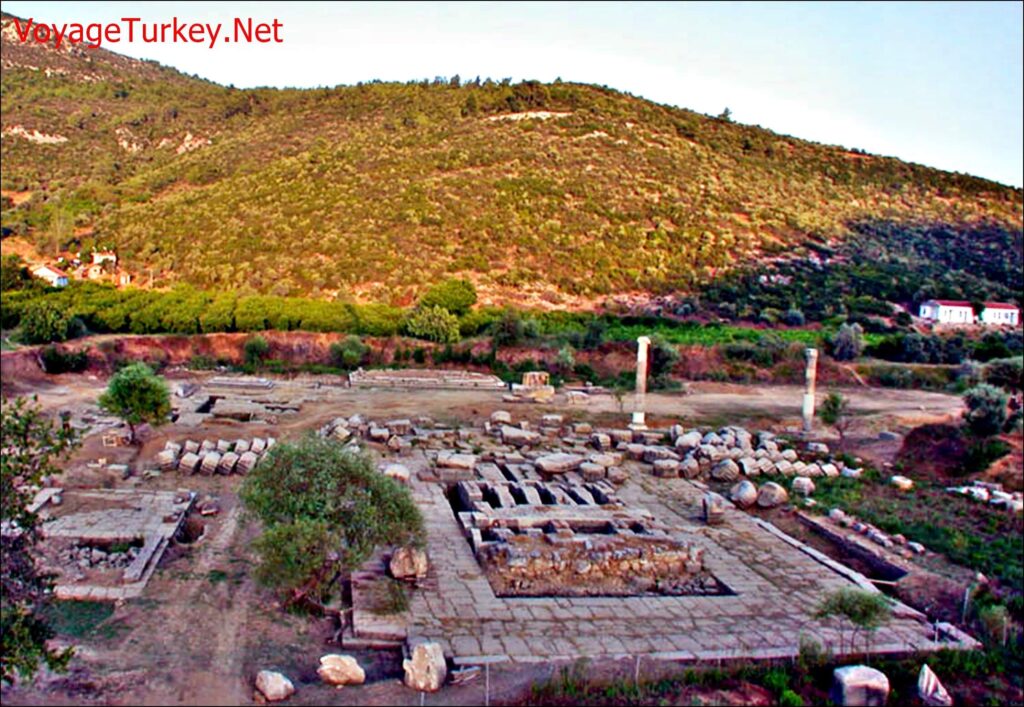 The Temple of Apollo, was known throughout the world for its soothsayers. It believed to have secret powers.

The Statue of Apollo on top of the sacred room is 7.5 m. tall. There is a monumental altar (Altar of Apollo) 27 meters east from the front of the temple .